Airboat rides have been around since the mid 1960s, however the boats are a lot different today. The first motors were aircraft piston motors. However they worked really well for airboats in the Everglades.  They were not airworthy anymore and they were easier to work on and not very expensive to purchase. The engines were similar to a lawn mower engines and parts were easy to come by. Later on in the mid 1990s the airboating world moved to Cadillac motors and big block engines, also the fuel was less expensive.

Today airboats are used for different applications, However they are fun to ride. They are used for working in the Everglades as well as pleasure boats that are privately owned as well as tour boats. The Everglades boats used for Everglades tours are much more advanced than ever before. The engines also have changed in todays modern swamp boat although the concept of the fan remains the same. Some airboaters are using high performance L.S type motors which make a lot of horsepower and are fun to drive.

Today at Airboat rides Fort lauderdale we only use the top of the line Airboats for our tours in the Everglades. Custom built swamp boats with comfortable seats and fun powerful engines. If you are considering an Airboat tour of the Everglades you have found the right company in Fort Lauderdale. Our Companyis a family owned business and a third generation Company.  Email us threw our website at www.ftlauderdaleairboatrides or, if you prefer call us today. Come an join us today for an Everglades tour in Florida. Fun for the entire group and very educational. See wildlife in its natural habitat on every everglades tour. View the American Alligator in the wild not in a cage.

Even More Interesting Facts About The Everglades 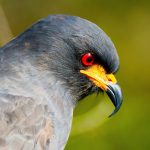 Wildlife Of The Everglades

Where Did The Nickname "The River Of Grass" Come From?